the pronunciation
altercation
Home How To The Pronunciation Altercation
  
How To Motion Graphics January 3, 2021 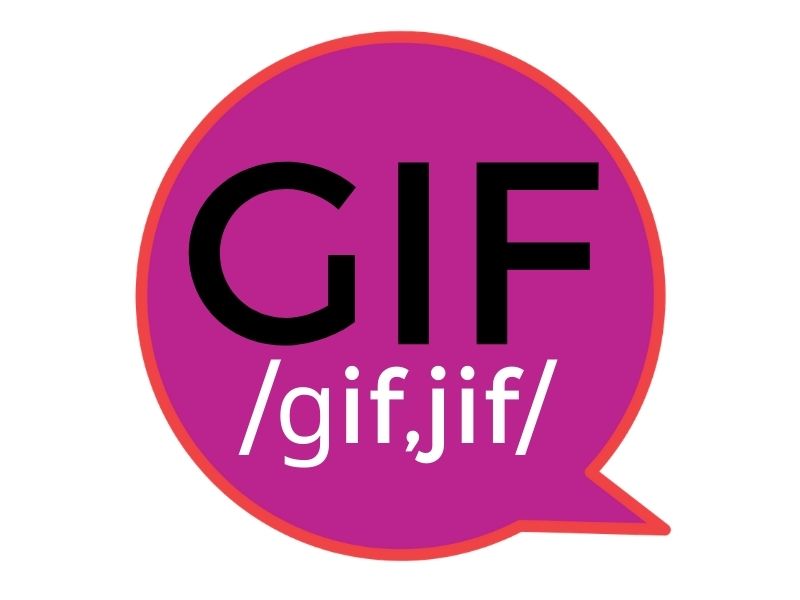 Believe it or not, there’s quite a lot of debate in the marketing world over three little letters: G-I-F.

These letters, as you may be aware, spell out GIF. Gifs are those little moving images that you see all over social media these days. Though they were invented in 1987 (mind-blowing, right??), they’ve only blown up in popularity over the past 5-10 years. Despite their fairly lengthy existence, there seems to be a point of contention that we, as a society, can’t seem to move past—how do you pronounce it?

The debate is two-sided: the GIF crew, which uses a hard G, and the JIF fans, which use a soft G/J sound. So why the confusion? Well, on the GIF side, the most popular argument is what exactly the acronym GIF stands for, which is Graphics Interchange Format. Since “graphics” is a hard G and that’s what the G in GIF stands for, it can be deduced that GIF should be pronounced with the same sound. However, the inventor of GIFs, a CompuServe team led by computer scientist Steve Wilhite, claims it’s pronounced JIF, and that it very intentionally sounds like the Jif peanut butter brand. In fact, CompuServe employees used to spoof the old Jif commercials by saying, “Choosy developers choose GIF.”

You might be thinking that one easy option to determine for sure what the correct pronunciation of something is would be to go to a dictionary, but alas, even they can’t agree. The American Heritage Dictionary cites both, but says “jif” is correct; Cambridge Dictionary of American English includes only the “gif” option; Merriam-Webster’s Collegiate Dictionary and the Oxford English Dictionary offer both pronunciations but display “gif” first; and though the New Oxford Dictionary formerly only included “jif,” it has now updated to include both “jif” and “gif.”

The internet is completely torn, with vehement supporters on both sides. In early 2020, even the J.M. Smucker Company that owns JIF Peanut Butter chimed in with its own GIFs on Giphy, demonstrating Smucker’s preference that “jif” be strictly reserved for its spreadables, while “gif” stays connected to those little moving images.

So, which is it? Full disclosure, we here at Create/Captivate are in agreement with Smuckers, as we all pronounce it GIF. But if you’re on the other side of this altercation, we love you all the same! Whether you say “gif,” “jif,” say them both just to be safe, or anything in between, we’ll know what you’re talking about and we’ll gladly help you with them.

Learn more about our GIF offerings by checking out our Motion Graphics services!